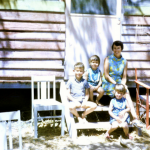 I would describe my earliest memories as ‘dirty & free’, as in the type of dirt that makes your Mum embarrassed because it may reflect on parenting techniques. My sister had a collection of caterpillars that she carried around in her pockets and forgot to tell Mum about when Mum did the washing. I think my brother could safely say that he always wanted to be a farmer … END_OF_DOCUMENT_TOKEN_TO_BE_REPLACED 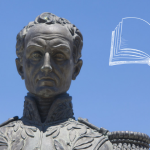 “José Palacios, his oldest servant, found him floating naked with his eyes open in the purifying waters of his bath and thought he had drowned”. And so begins ‘The General in his Labyrinth, by Gabriel Garcia Marquez. First published 1989. Simon Bolívar, a brilliant military tactician who liberated much of the continent of South America from centuries of Spanish rule, died at … END_OF_DOCUMENT_TOKEN_TO_BE_REPLACED 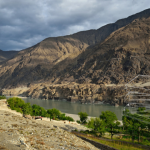 If anyone ever asks you to drive three donkeys and a foal for twenty four miles through the Karakoram Mountains, be very firm and refuse to do so … This is the advice given by Dervla Murphy in her book ‘Full Tilt’, written in 1965. The book is a record of her journey by bicycle cross country basically from Ireland to India. On the way she went through what was then … END_OF_DOCUMENT_TOKEN_TO_BE_REPLACED 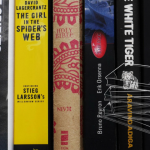 There are many, many books written about India. On a recent visit I asked my colleague for some recommendations on books that she thought ‘would give you India on a plate’, or that captured part of the spirit of India. At the top of the list was The White Tiger by Aravind Adiga. Winner of the 2008 Man Booker Prize ‘The White Tiger’ was described by one critic as ‘blazingly … END_OF_DOCUMENT_TOKEN_TO_BE_REPLACED 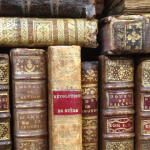 ‘Talleyrand’ is a book that was written in 1932 and tells the story of Charles-Maurice de Talleyrand-Périgord, who was born in 1754. At various times he was the Bishop of Autun, Foreign Minister for France, Grand Chancellor and Ambassador to London. It is a story of an extraordinary man in extraordinary times. After briefly describing his childhood, the book begins with the … END_OF_DOCUMENT_TOKEN_TO_BE_REPLACED